It is early morning in a seaside town in England in the year two thousand and eighteen. As the sun rises over the water, two figures materialise on the pebble beach, like The Terminator in The Terminator. It is Powderpaint.

A pow(d)erful fusion of indie pop producer Envelope Generator and songwriter/vocalist Shonalika, they emerged, fully formed, into the world, and launched a queer dance pop torpedo squarely at the local six string beatniks.

Powderpaint are fresh. Outdated. Timeless. Retro. Eternal. Their sound and image is influenced by 80s disco and Hi-NRG like Scritti Politti, The Pointer Sisters, and queer icons before them like Pet Shop Boys and Florence + The Machine. You're gonna want to get up and dance. You're gonna feel good.

Since their live debut at Brighton's anarchist co-operative The Cowley Club in 2018, Powderpaint went on to play Brighton Trans Pride that same year, and were invited back to headline the 2019 festival. The only thing that could stop them from headlining Trans Pride 2020 was an international super plague.

Their conquest of the dance pop landscape will continue as they work hard on an album, set to be released some time in 2021, as well as promotional videos for some of the biggest bangers from their EP.

Powderpaint are not yet done with this planet. 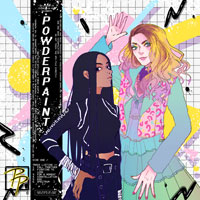 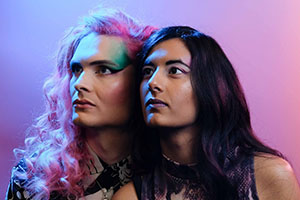 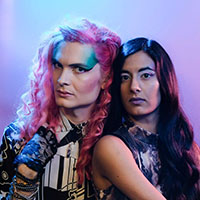 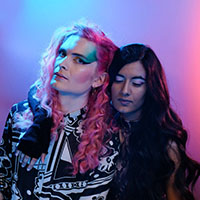 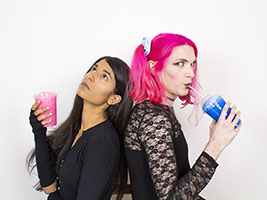 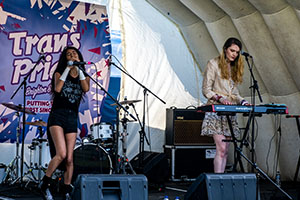 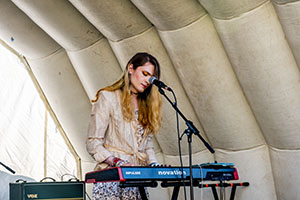 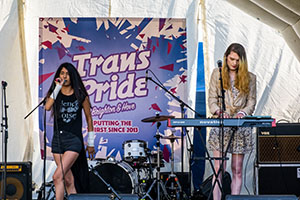 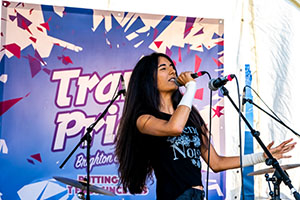 Above: Powderpaint at Trans Pride Brighton 2019, photography by Lollo Popper 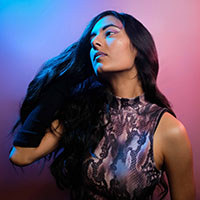 Above: hair and photography by Rachel Ruddick 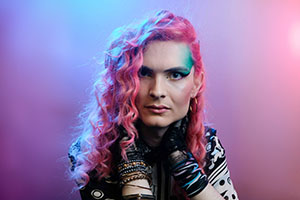 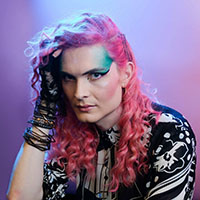 Above: hair and photography by Rachel Ruddick

Listen to our new EP:

Our songs are available to download in high quality from Bandcamp

Alternatively, all our music is available to stream on Spotify

A couple of places we've been featured:

The Electricity Club was founded on the idea of exploring electronic music across the broad spectrum of history that it encompasses, from the classic synthpop bands of the 1980s through to the contemporary electronic bands of the 21st Century and all points in between.

She Makes Music focuses on the most exciting and impressive new music created by brilliant and talented female-identifying & non-binary musicians.

HOMOGROUND is an audio podcast featuring music by queer (LGBTQ & allied) bands/musicians. The podcast was created to bring exposure & access to non-mainstream bands, especially those in isolated communities.

In 2018 we were honoured to represent our community at Trans Pride Brighton for the first time, debuting our live sequenced electronic set. The following year we were invited back as headliners.

In June 2020 we released our first EP full of sizzling synthesizers, funky guitars and retro grooves. The songs covered themes of trans identity, bad relationships, pseudoscience, and an unapologetic celebration of queer people's love and happiness.

Please send all enquiries to:

We are also active on these platforms:

This web page is under construction.